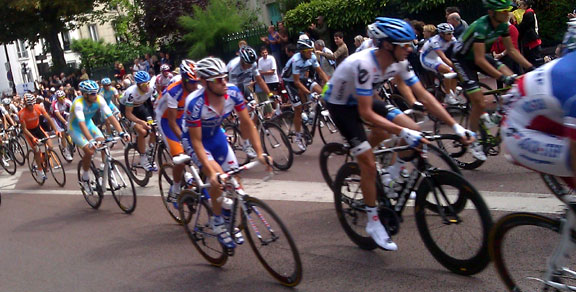 Yesterday we walked along the Seine River.  For the last 5 summers, they’ve turned parts of the Seine into giant beaches.  Pretty fun stuff.  Here we are playing Petanque (French Bocce-ball) along the banks of the Seine:

Afterwards we swam in a big outdoor pool with a million other people.  Waiting in line in my new Speedos reminded me of swimming class, freshman year in high school, where everyone had to stand in line naked waiting for a swimsuit.  You just stood there looking straight ahead trying not to think about anything.

After swimming, we went to the Arc de Triomphe and watched the end of the Tour de France.  Oh man.  I’m not into any of that nerd bike junk, but it was amazing.  People had been waiting hours along the Champs-Élysées, and here we popped our heads out of the subway just as the bikers blew past.  And dang were they flying.  And like inches apart.  Seriously, it was mind blowing.  And back breaking, since I was holding Zach in my arms, while Asia sat on my shoulders. 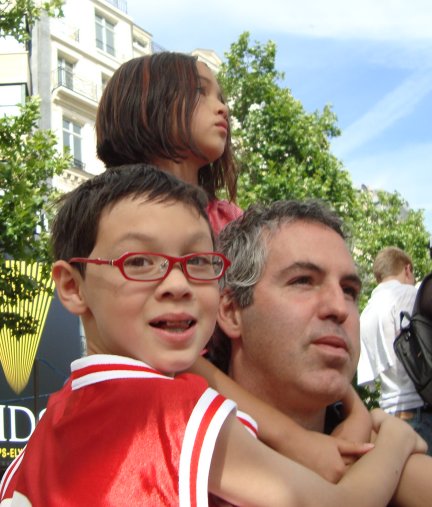