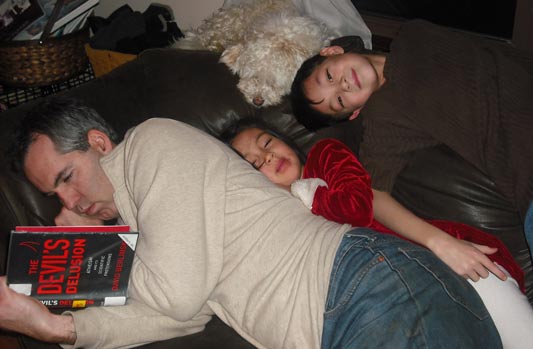 Friggin kids make me crazy.  What am I reading?  The Devil’s Delusion – Atheism and its Scientific Pretensions by David Berlinski.  It’s an amusing read, written by a secular Jew.  It throws a number of zingers at the new breed of militant atheists – Dawkins, Stenger, etc.

With apologies to Judaism, Islam, Hinduism, et al, here is my take (after getting half way through the book) on the Christian/atheistic divide.  The players fall into one of 5 categories.

As embarrassing as I find Christians and Christianity, I fall into category #2.