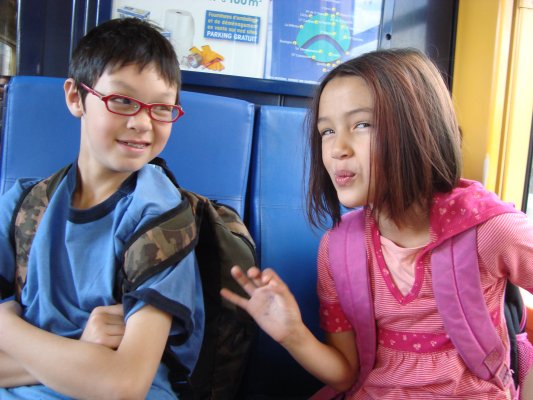 One of my goals for this trip is to demonstrate to the French that Americans are an ok bunch of people.  After all, we did elect Barry.  Who better than me to be this agent of change?  Alas, mission “America – OK” was aborted at 1500 hours yesterday, two hours after landing on French soil.

Our journey from the airport to our apartment involved four trains.  As we were about to board our final train, I noticed that Zach was no longer carrying his camouflage backpack.  After it was determined that Zach could no longer go on living without the two Webkinz animals inside his backpack, I was sent on a retrieval (sub)mission.  You know where this is going, right?  I certainly did.

I arrived at the Gare du Nord station for the 2nd time that day.  The station was (not so) mysteriously empty.  Police were holding back hundreds of angry French commuters from boarding the train.  A large perimeter had been set with barricades.  The idea was to minimize carnage due to a bomb which had been left in a child’s camouflage backpack.  After 20 minutes of being questioned/lectured by 10-15 law enforcement agents, they came to the conclusion that I was just another oblivious idiot American hell bent on de-sanctifying the French way of life.

Well, that was day one.  Thirty more to go.  Here’s the view from our apartment’s patio/balcony: 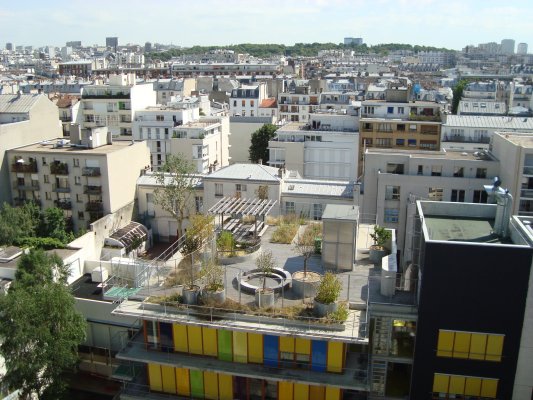